You probably know the song Waltzing Matilda, but do you know who wrote the words? It was the Australian poet A.B. 'Banjo' Paterson, who in 1896 also wrote the words used in this song. Deeper Down tells the story of a squatter desperately drilling for water during a drought.

The Great Artesian Basin is a vast body of underground water covering more than 1/5 of Australia. The water it contains is almost 2 million years old! In places it rises to the surface to produce desert springs that allowed Aboriginal people to survive in this harsh environment.

The song begins mysteriously, suggesting the ‘hidden treasure’ below the earth. The music changes to a pulsing, bluesy feel as the squatter’s crew sweat and strain to reach the water. You will feel their struggle and then their excitement as the ‘treasure’ comes gushing to the surface.

mostly unison, with some 2 part singing - for ages 7 and up 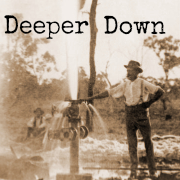 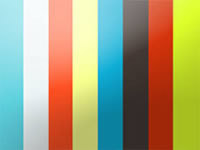 Verse 1
But there's no artesian water, though we've passed three thousand feet,
And the contract price is growing, and the boss is nearly beat.
But it must be down beneath us, and it's down we've got to go,
Though she's bumping on the solid rock four thousand feet below.

Verse 2
But it's hark! the whistle's blowing with a wild, exultant blast,
And the boys are madly cheering, for they've struck the flow at last;
And it's rushing up the tubing from four thousand feet below,
Till it spouts above the casing in a million-gallon flow.


© 2019 Glyn Lehmann. All rights reserved
Are you new to the SongLibrary?
Try it now!

INFO
Home
About
FAQ
Contact
School Purchase Order Form
Privacy Policy
SONGS
A Book Will Take You There
A Mighty Long Way
A Musical Journey
All I Need To Know
All Swans Are White
Body Language
Christmas All Over The World
Christmas Songs
Christmas Wish
Christmas Is Coming
Circles
Community
Creatures Of The Night
Curiosity
Deeper Down
Every Voice That Sings
Everyone Belongs
Feed Your Imagination
Feelings
Flying Free
Giant of the Forest
Give A Little Sunshine
Gonna Shine Our Light
Harmony
Have A Go
I Am The Earth
In The Silence
Language Is The Key
Life Without Sport
Lifeline
Little Baby
On Our Way
Night Song
Party Of Life
Peace By Piece
Perfect Wave
Planets Go Round
Rainbows and Canyons
Respect
Ride Of Our Lives
Round and Round
Seasons Go Round
Simple Things
Sing For You
Talk It Out
Tell Me Your Story
The Apostrophe Song
The Dance
The Earth Turns
The Gift
The Green Hills Of Albany
The Polliwog
The Refugee Carol
The River
The Seed
The Silent Call of Kati Thanda
There Is A Child
This Time Of Year
To Be Free
Towards The Rising Sun
Wartime Medley
We Are Home Here
Welcome Song
What I'm Feeling
What Is Real?
Where Is Home?