This new carol describes the plight of many refugees and focuses on a very personal story.

In 1956, when I was eight years old, there was a revolution in Hungary, the country which had always been home for generations of my family. There were battles in the streets. Many people died.
It became very dangerous for us, and my parents decided to escape into Austria.
We left Budapest late on Christmas Eve, my parents, my older sister and me. We made the first part of our journey hidden in the mail van of a train heading for the border.
Then, in the dark, we had to walk for hours across snow covered fields. There was a light in the distance to guide us, and it led us to a large barn where kind people welcomed us. There were hot drinks and simple food, and some chocolates for the children.
Then the farmer showed us where we could sleep – on the hay which he had spread to make a bed for us to lie on.
And he said, with a whimsical smile: Don't be nervous about the animals, they don't mind sharing.

This was the start of our new life as Refugees.
Nick Vall

Includes versions in unison and 2-parts. For ages 5-13 years. 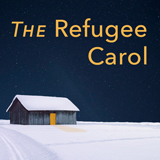 Note: through an arrangement with APRA/AMCOS schools from Australia and New Zealand only may make 5 copies of each score purchased.
You may place the contents of the download on your personal computer/mp3 player and print one copy of the piano/vocal score and multiple copies of the lead sheet. See School Licence for additional rights.
A school licence permits a single school to place the contents of the song pack on their server (password protected) - and to print 3 copies of the piano/vocal score. Please purchase Song Pack separately.

Are you new to the SongLibrary?
Try it now!
A free Song Pack.
Rainbows and Canyons
(The Water Song)
Use the CARD or PAYPAL checkout buttons in the cart to activate the FREE CHECKOUT.

Get ready for your Christmas performances with these specially composed songs.

Big Bundle
10 Song Packs
change currency
Big Christmas Bundle
view usage rights
AUD$34.95 (save $35)
add on…
School Licence what's this?
AUD$75.00 (save $125)
You may place the contents of the download on your personal computer/mp3 player and print one copy of the piano/vocal score. See school licence for additional rights.
A school licence permits a single school to place the contents of the song pack on their server (password protected) - and to print 3 copies of the piano/vocal score. Please purchase Song Packs separately.
INFO
Home
About
FAQ
Contact
School Purchase Order Form
Privacy Policy
SONGS
A Book Will Take You There
A Mighty Long Way
A Musical Journey
All I Need To Know
All Swans Are White
Body Language
Christmas All Over The World
Christmas Songs
Christmas Wish
Christmas Is Coming
Circles
Community
Creatures Of The Night
Curiosity
Deeper Down
Every Voice That Sings
Everyone Belongs
Extraordinary Things
Feed Your Imagination
Feelings
Flying Free
Giant of the Forest
Give A Little Sunshine
Gonna Shine Our Light
Harmony
Have A Go
I Am The Earth
In The Silence
Language Is The Key
Life Without Sport
Lifeline
Little Baby
On Our Way
Night Song
Party Of Life
Peace By Piece
Perfect Wave
Planets Go Round
Rainbows and Canyons
Respect
Ride Of Our Lives
Round and Round
Seasons Go Round
Simple Things
Sing For You
Talk It Out
Tell Me Your Story
The Apostrophe Song
The Dance
The Earth Turns
The Gift
The Green Hills Of Albany
The Polliwog
The Refugee Carol
The River
The Seed
The Silent Call of Kati Thanda
There Is A Child
This Time Of Year
To Be Free
Towards The Rising Sun
Wartime Medley
We Are Home Here
Welcome Song
What I'm Feeling
What Is Real?
Where Is Home?